With the arrival of the financial crisis of 2007, it was concluded that one of the main problems we had was the high level of indebtedness of the economies and a debt-based growth model where consumption was boosted debt that grew at a higher rate than the real economy did.

Monitoring the evolution of global debt 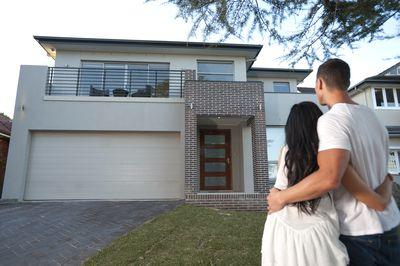 The people of McKinsey are doing a good job monitoring the evolution of global debt. Their latest document on the subject of “Debt and (not Much) deleveraging” shows us that the central banks’ monetary policies instead of helping to solve the debt problem all they have done is aggravate it and continue with the more debt model as growth engine that led us to the 2007 disaster.

Specifically between 2007 and the second quarter of 2014, world debt has increased by $ 57 billion, an annual growth rate of 5.3%, where governments, with annual debt growth of 9.3% have taken the relief of homes, businesses and banks as an engine of debt-financed growth. The problem to vary is that the increase in debt is exceeding the growth of the economy. Thus, in 2007 the global debt / GDP ratio was 269% and in the second quarter of 2014 it had been 286%. Complicated levels of sustaining more if the model is still based on growing based on increasing debt.

In the following graph you can see how rare is the country that in the last 7 years has not increased its Debt / GDP ratio, with Ireland, Singapore, Greece, Portugal, China and Spain leading the list of countries that have increased their indebtedness the most.

Among those that today has a higher debt / GDP ratio, are Japan, Ireland, Singapore, Portugal, Greece, Spain, Belgium and the Netherlands. Remember that we are not only talking about sovereign debt, but also the set of debt that the different economic actors of a country have (Households, Government, Companies and Banks).

In many countries the level of government debt

Begins to be unsustainably high. Since 2007, the debt held by governments has increased by $ 25 billion. Much of this increase has been caused by bailouts and economic stimulus policies that however have only achieved growth in many anemic cases. For the 6 most indebted countries, being able to reduce their indebtedness would require real economic growth rates that are very difficult to achieve.

In order to reduce their debt, many governments will have to contemplate from the sale of assets, to introducing confiscatory taxes on the wealth of their citizens, or debt restructuring programs. Interestingly, and despite the fact that the indebtedness continues to increase, the aggressive monetary policies of the Central Banks are making many countries manage to place their debt at interest rates close to zero or at historical lows.

As for household debt

Although some countries such as Ireland, Spain, the United States or the United Kingdom have seen how Households were able to reduce their debt levels in many others, household debt continues to rise, exceeding in many cases the peak of debt of 2008.

A case apart is undoubtedly China, whose debt has quadrupled since 2007 driven by a colossal housing bubble and a huge shadow banking system. Three factors are spatially worrying about the Chinese debt. First, because about half of the loans are directly or indirectly linked to its superheated real estate market. Second, because the unregulated shadow banking system has granted about half of the new loans and third, the debt assumed by many local agencies is probably unsustainable.