Mahindra Thar is currently one of the most popular 4×4 SUVs in the market. There are several modification options available for the SUV and many of them have also been presented on our website. Thar is a very capable off-roader and the main reason why it has become a popular choice among buyers is its price. It is currently the most affordable 4×4 SUV one can buy in India. The modifications on Mahindra Thar can be divided into two sections. Some buyers modify their SUV to make it more capable off-road. The other section changes for a premium look. Here we have a modified Mahindra Thar that has been tastefully transformed into an off-road SUV.

The images were shared by Classic Servicepoint, Noida on their Facebook channel. The main attraction of this SUV is the paint job. The SUV gets a Mohave Sand paint job. It is a color found in the Jeep Wrangler SUV. Several modifications have been made to the SUV, giving it a butchery look. It is unclear if the owner used peel paint or wrap on this SUV. Overall, the car is unlike any other Thar we’ve seen so far. 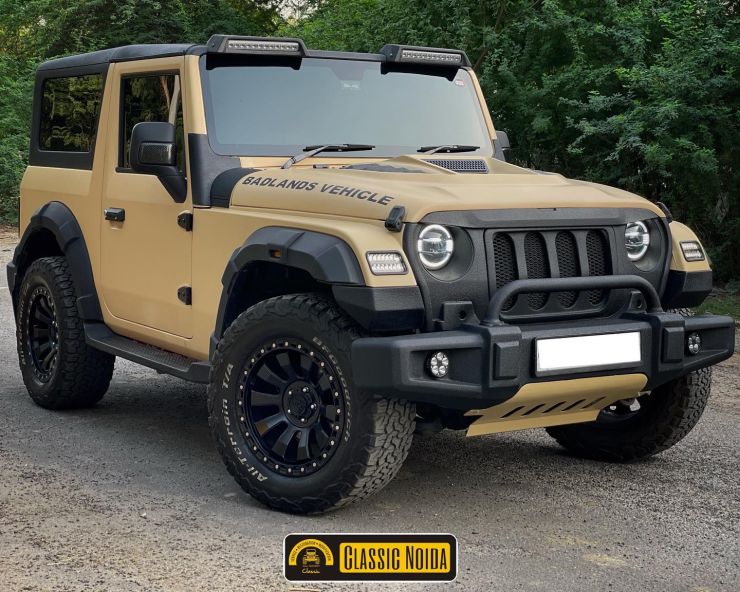 Also read: 10 DC Design cars and how they look in the REAL world: Maruti Swift to Mahindra XUV500

The SUV’s front grille remains the same as stock, but the entire area now receives a Line-X coating that protects the bodywork from minor scratches during off-road driving. The stock SUV headlights have been replaced with aftermarket LED units with ring type LED DRLs. the original Mahindra Thar bumper is also replaced with an off-road bumper. A set of LED fog lights are also integrated into the bumper. The bonnet of the Thar also receives a bespoke scoop. It gives him a muscular look. A body-colored metal skid plate is also installed on this SUV. 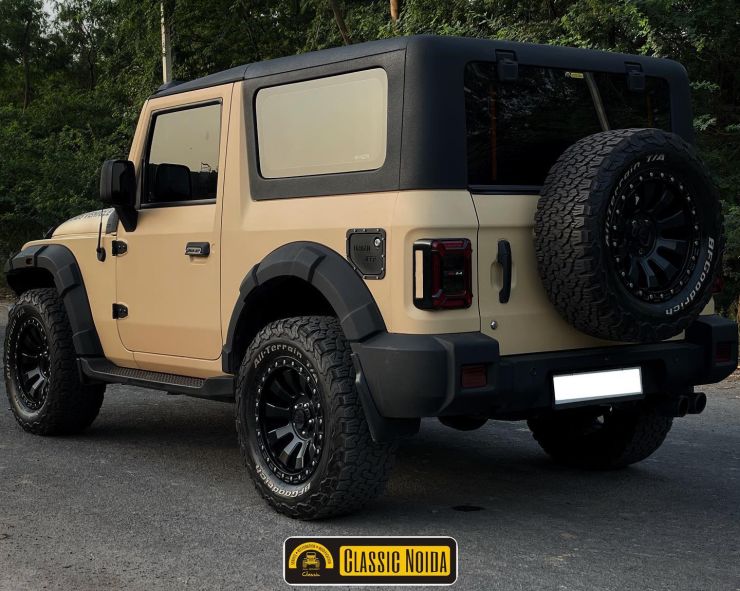 As for the side profile, the car is fitted with glossy black aftermarket alloy wheels with chunky off-road tyres. It is a hardtop version and a set of auxiliary lamps are installed on the roof. The roof also gets a Line-X coating which gives the Mahindra Thar a tough look. As we move rearward, the Thar retains the stock bumper, but it also gets a Line-X coating, as do many other parts. The post does not show whether the interiors of this Thar have been customized or not. Overall, the SUV looks much more rugged and ready to conquer any terrain. 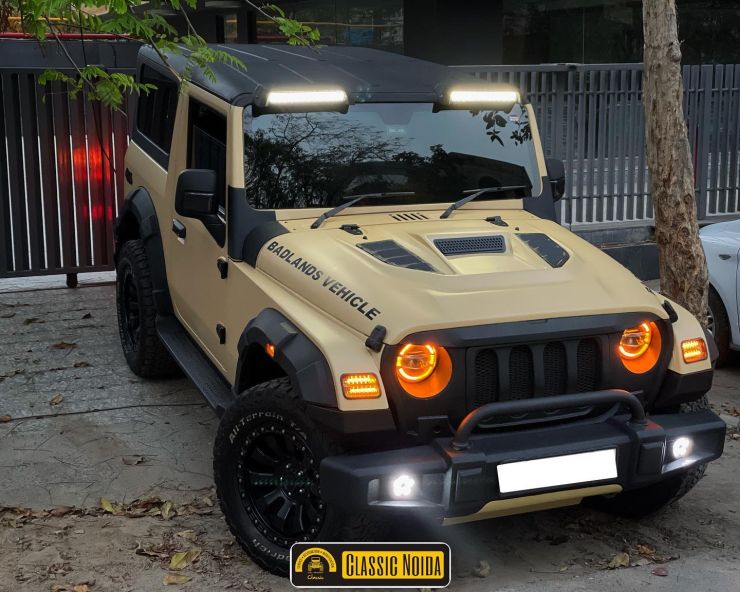