Japanese multinational automaker Toyota Motor Corporation recently announced that its Compact Cruiser EV concept car has won the prestigious 2022 Car Design Award. The company said its Compact Cruiser EV, first unveiled last December at the Mega Web in Tokyo and created by its team based at Toyota ED2 (ED Square) in Nice, France, received the Car Design Award for Concept Vehicles. The award was presented to Toyota at a ceremony held at the ADI Design Museum in Milan during the annual Milan Design Week and the famous Salone del Mobile – the Milan Furniture Fair.

Commenting on winning the momentous accolade, Toyota Design Senior Managing Director Simon Humphries said, “Our research into electric vehicles has been going on for over 30 years and we’ve come a long way. After a first phase of contact with electric vehicles, people will want zero-emission cars that speak about them and express their way of life. And the Compact Cruiser EV is a perfect example of this trend.

The Car Design Award, which was established in 1984 by Fulvio Cinti, creator and editor of Auto&Design magazine for more than 30 years, is divided into three categories: production vehicles, concept vehicles, brand design language and consistency global. . Car Design Award winners are chosen by an international jury of 11 professionals from some of the world’s most respected car magazines.

Silva Baruffaldi, president of the jury for the award and editor-in-chief of Auto&Design at the ceremony, said: “As president of the jury, I can say that this year Toyota Design was among the finalists in all categories of the awards. . For the Brand Design Language, with the Aygo Cross for Production Cars and of course the Compact Cruiser EV, winner in the Concept Cars category. As the Car Design Award is not given to a car but to the design team behind the project,” continued Baruffaldi, “this year’s edition marks great recognition for Toyota’s overall design. 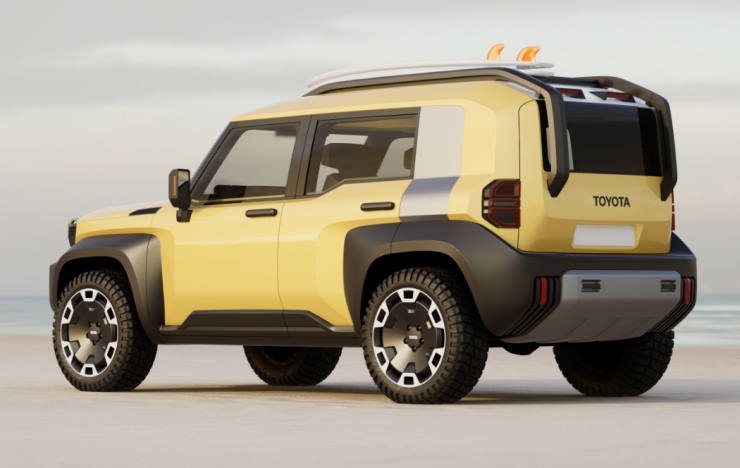 The Compact Cruiser EV is a prototype off-road vehicle inspired by Toyota’s famous first-generation Land Cruiser cars, specifically the FJ Cruiser. The concept has a retro design at the front, with a grille with Toyota branding in the center surrounded by horizontally aligned LED headlights. It also gets a big front bumper with a huge silver skid plate and protruding square wheel arches. Meanwhile, the hood is flat and includes a large central air intake.

A large amount of body cladding and a significant crease in the window line in the side profile can also be spotted in the EV concept. The blackened A-pillar and the contrasting color of the C-pillar give the roof a floating impression. Meanwhile, the vehicle’s sturdiness is further enhanced with the side ladder and custom roof rack. It also gets a set of futuristic-looking alloy wheels with off-road tires. Moving on to the rear of the Compact Cruiser EV, it sports a set of square LED taillights, Toyota badges on the tailgate and an unusual roof rack extension in the tailgate itself. The rear bumper is just as heavy as the front and features a striking silver skid plate.

So far, Toyota has not announced more details regarding the technical specifications of the Compact Cruiser EV. However, it is likely to be built on a hybrid version of Toyota’s TNGA platform, which also supports the larger bZ4x SUV. Rumors also stated that it would sport a twin-motor setup with all-wheel-drive standard in production spec.